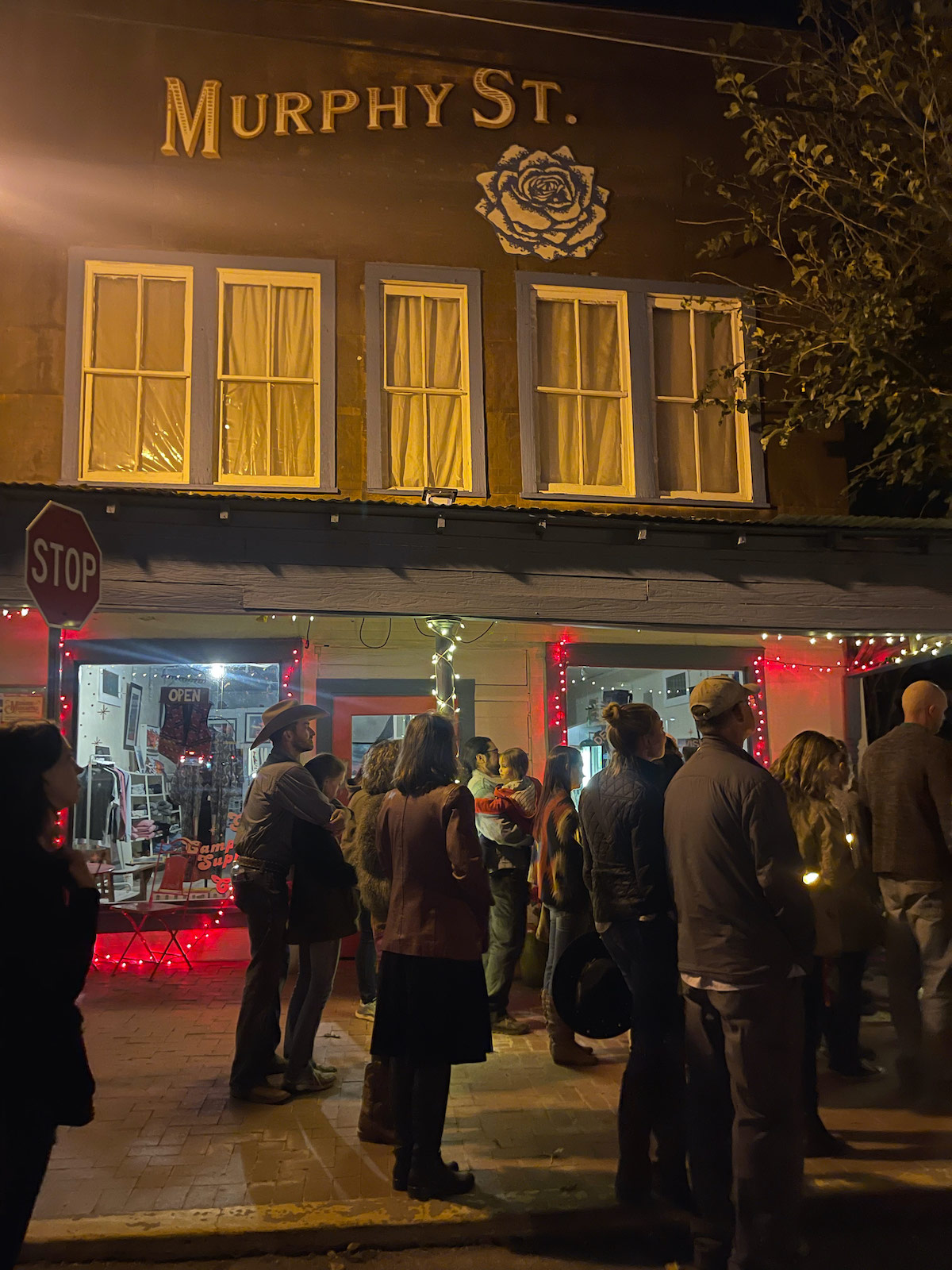 Tours begin at the Reata Alpine, with a “spooky drink” from the Reata bar, and are led by Bret Scott, Associate Professor of Communication at SRSU who spent a decade at Second City in Chicago.
Stops at historical landmarks such as the Brewster County Courthouse, the Alpine Avalanche Building, and the Ritchey Hotel are enlivened by occasional glimpses of restless spirits some of who gain the courage as the tour progresses to share their recollections of some of the dramatic historical events of Alpine and the region.

“The tours are intended to promote the rich history of Alpine while also enjoying some ghost stories from the Big Bend region,” said Marjie Scott, Ghost Tour director and Chair of the Sul Ross Fine Arts Department. “And there may be some actual ghost sightings too.”

All proceeds from the tours provide funding for SRSU Theatre scholarships.

Their first tour kicked off in October 2021 and raised almost $2,000 for theatre scholarships. Additional Tours are planned for April, July, and October 2022.