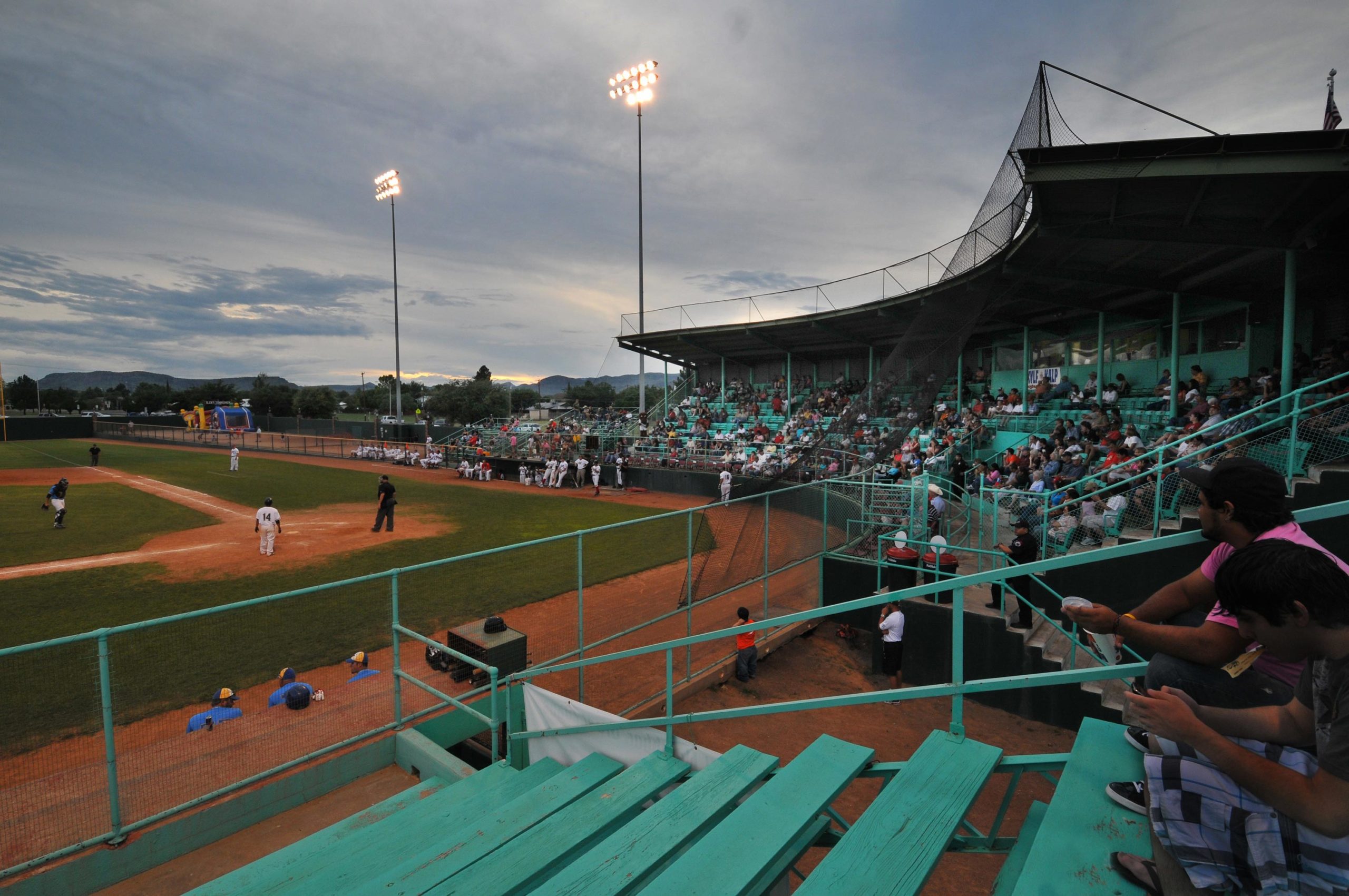 Alpine’s Kokernot Field is a small replica of Chicago’s Wrigley Field created from local granite with beautiful iron detailing, and was once called “The Best Little Ballpark in Texas (or Anywhere Else)” by Sports Illustrated.

Herbert L. Kokernot, Jr., owner of the expansive o6 ranch, was the driving force behind a golden age of Alpine baseball, beginning with his purchase of the Alpine Cats semipro team in 1946, which he renamed the Alpine Cowboys. Kokernot decided that the team (and the town) deserved a new stadium, which would be “second to none.” When the field opened in 1947, Kokernot had spent $1.25 million (more than $18 million today).

Some major league all-stars got their start playing for “Mr. Herbert,” such as Gaylord Perry, who played a summer for the Cowboys before going on to a career 314 wins in the majors. in 1951, Kokernot brought Satchell Paige and the St. Louis Browns to play an exhibition game against the Chicago White Sox to the delight of the Alpine crowds. Jim Fregosi, 18-year major league veteran and all-star shortstop for the California Angels, recalled Kokernot Field: “it was amazing…the best ballpark I ever played in.”

The Alpine Cowboys were active from 1947-1962, transitioning from semipro to a minor league professional team, and then disbanding when their league system shut down. The ballpark deteriorated over the next couple of decades until Sul Ross State University undertook a major restoration project in 1983.

In 2009, the Alpine Cowboys reformed as part of the independent Pecos League and have competed well each season since then, providing all of the charms of small-town baseball for visitors and local residents alike. And in both 2012 and 2019, they brought League Championship trophies back to Kokernot Field, carrying its creator’s vision forward into a new century.