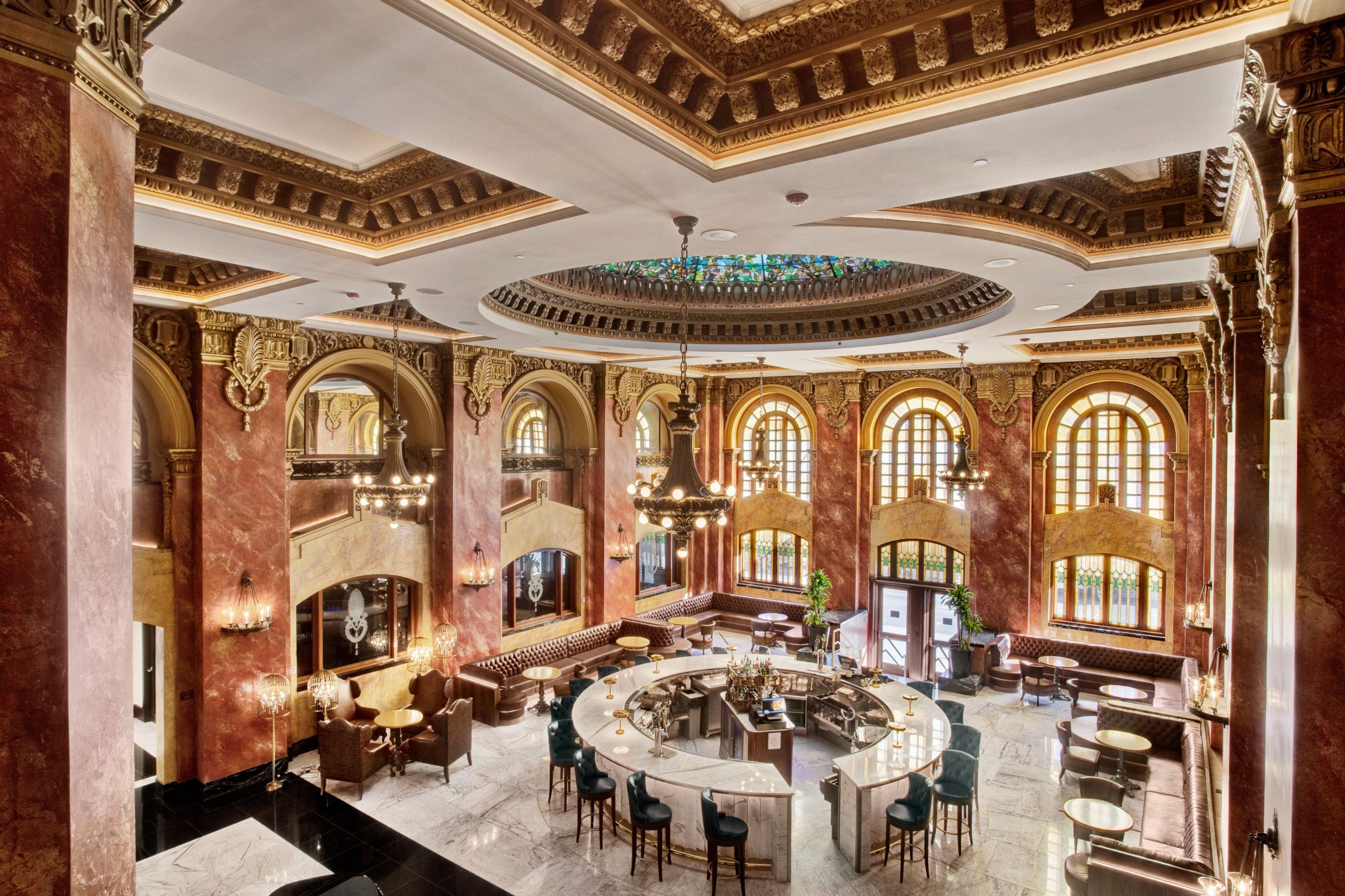 Prominent businessman, Zack White, envisioned a first-class hotel that would attract people to El Paso, Texas. With timeless design from Trost & Trost Architects, Hotel Paso del Norte opened on Thanksgiving Day in November 1912. It was known as the “Showplace of the Southwest” and added to the National Register of Historic Places in 1972. Throughout the early 20th century, the hotel became the headquarters for cattleman and ranchers who made deals over “coffee and a handshake.”

After nearly four years and a multi-million-dollar renovation, the doors to 1912 have reopened with the renovation of the historic Hotel Paso del Norte. Panoramic views of the Franklin Mountains and terraces that overlook the glow of the Mexican border, provide a distinct sense of place.

Amidst original birdcage light fixtures, inspired lounge areas offer retreats, while a thriving culinary scene bursts to life with El Paso’s most extensive list of wines and tequilas, and each room offers a private world of leisure. Adding to the elegance are beautifully preserved features such as Native American carvings and a Tiffany-style, stained-glass dome ceiling that reaches 25 feet in diameter.

Hotel Paso del Norte’s story aligns with that of the region. Guests in the early-20th century would drink libations while watching the Mexican Revolution from the hotel’s storied 10th floor. Today, the 10th floor is one of El Paso’s most sought-after dining and libations spots. The terrace is home to numerous events and views of Mexico and how the landscape has evolved over the last 110 years.

Hotel Paso del Norte opened as one of the first hotels with a virus-killing air filtration system throughout the property.