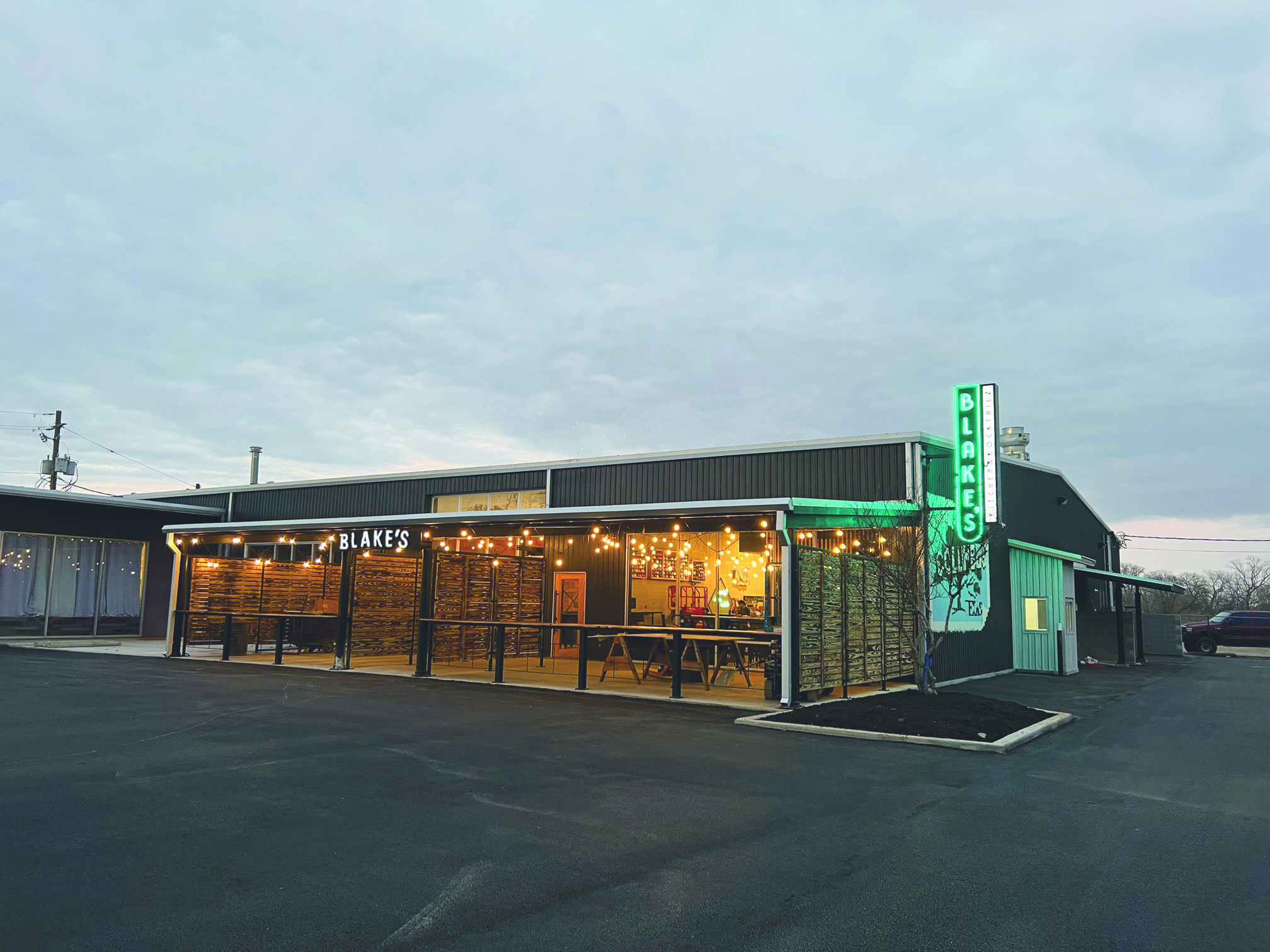 Blake Street Sports Bar opened in September of 2015. After 6.5 years, it was decided the time was right for a new challenge. Owners, Blake & Kalli Schulte, made the decision to transition from a sports bar to a restaurant and rebrand as Blake’s Kitchen & Kocktailz.

The new location was originally opened as a car dealership in 1977, and after several other businesses, it was Windshield Xpress and Auto Xpress Collision Center until 2021. The renovation began in August of 2021 and Blake’s Kitchen & Kocktailz opened in March 2022. When the renovation started, the building was just a concrete floor and a metal shell, with no running water or electricity. The four hydraulic lift stations inside were removed, and the cylinders were used as columns on the front patio. The cider countertop in the patio area is from a cider tree that burned in the Bastrop fire. The reclaimed wood in the booth and bar area is from an early 1900s home in Smithville. The high-top community tables are made from 85% recycled material, including augers from a rice mill and a sifter from a highway construction company both located in Eagle Lake. The tabletops are made from Texas birch and were hand-carved by local artist Chris Vaughn.